Prof. Bertold Fridlender begins to serve as President of HCJ

Professor Bertold Fridlender, who was recently elected as Hadassah Academic College President by the Board of Governors commences his tenure as of August 1, 2012.

Prof. Fridlender, who has served as Chair of the College's Department of Biotechnology since 2004 was recommended by a Search Committee headed by College Chairperson David Brodet. Prof. Fridlender succeeds Prof. Nava Ben-Zvi who is currently completing thirteen years as College President.

In addition to his appointment at Hadassah Academic College, Prof. Fridlender has spent the past four years as a visiting professor at Rutgers University. He has also served as a managing director, CEO, and consultant for a number of biotechnology start-up companies in Israel and abroad.

Prof. Fridlender recently secured a nearly EUR 2 million competitive grant from the European Union to pursue research focusing on the protection of plant diversity in the Mediterranean. Collaborative research will be pursued by scientists from Hadassah Academic College together with colleagues from research institutes in Spain, Greece, the Palestinian Authority, and Rutgers University and North Carolina State University in the United States. 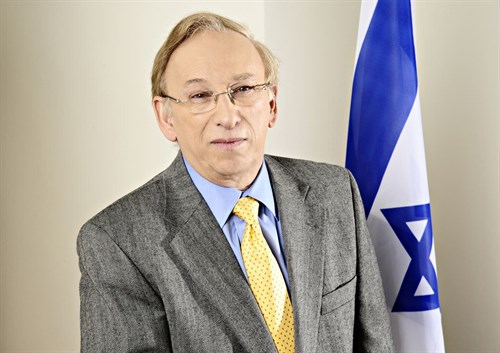