Interdisciplinary School for Society and Community |
Politics and Communication, B.A.

In recent years, a series of revolutions in media technology have changed the way societies around the globe view and interact with their political leaders. News and information are now exchanged instantaneously through social networks which have the power to organize mass support or opposition in ways previously unimaginable. With the advent of social media networking, internet journalism, significant expansions in television news and the decline of print media, the political landscape of the twenty-first century is vastly different than that seen even a generation ago.

Recognition of this new phenomenon has led to a number of universities around the globe establishing advanced degree programs in the field of Political Communication. Hadassah Hadassah Academic College is proud to have established Israel's first such program at the undergraduate level. The Bachelors of Arts in Politics and Communications program allows students to explore the twenty-first century's new political and media realities. The program combines studies in traditional political science and communications theory with practical knowledge and investigation into the intricate ties between the modern political establishment, the media, and the role of new technologies in the public sphere.

The BA in Politics and Communications program aims to provide students with hands-on tools and training as preparation for careers as campaign managers, spokespersons, political correspondents, publicists, political strategists, and consultants. Through both theoretical and real world, practical instruction, students are exposed to the influence of mass media on policy design and construction of images and stereotypes. Students take a range of subject specific and interdisciplinary theory courses covering topics including, international communication, mass communication, propaganda and political campaigns, ethics, political and diplomatic strategy and more. 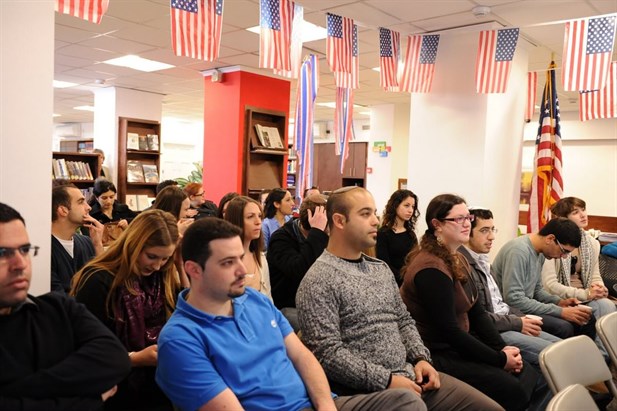 In addition to classroom academics, students are also given opportunities to get out into the field and experience the real world of politics and media. Students enjoy full day seminars with seasoned experts – from parliamentary assistants in the Knesset to government ministers, visits to the Supreme Court, meetings with the news teams at Israel's major networks and the Knesset channel, meeting U.S. researchers at the American Cultural Center, think tanks and public relations firms, and other exciting and informative experiences. The program relies on real world training to give students crucial career building experience and to help bring the nuts and bolts of politics to life.

The Hadassah Bachelor of Arts in Politics and Communications program is recognized and accredited by the Council of Higher Education. The program's duration is three years, with classes held three days a week.